Each year the jury panel of the Honours and Awards Committee of Engineers Nova Scotia completes the selection process for awards, choosing from many worthy candidates.  This year the committee selected Christine Bonnell-Eisnor, FEC, P.Eng. as one of two worthy recipients of the 2021 Citizenship Award, which marks three Engineers Nova Scotia awards.  Christine received the L.A. White, Young Engineer Award (2005), the J.D. Fraser Service Award, (2007) as a co-recipient with husband John Eisnor, FEC, P.Eng. (pictured below).   Also pictured is Christine and John’s son Ian, who was in attendance at the Honours and Awards Ceremony.  Unfortunately their daughter Grace was unable to attend as she has begun her first year of engineering at Acadia University. 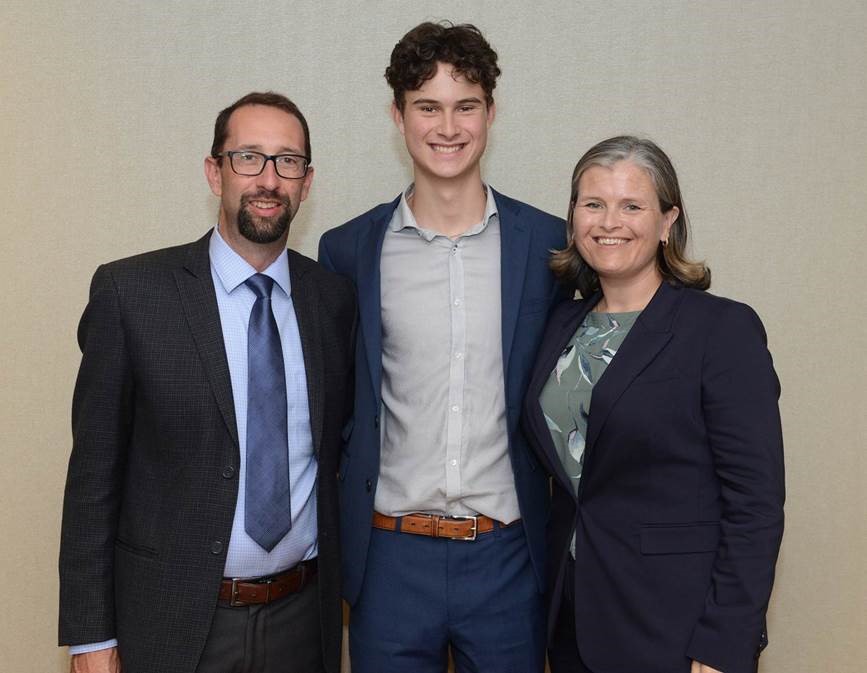